Rosatom has completed the development of the concept and has started to create the Unified platform for digital services for the Northern Sea Route.
This was reported to TASS on Wednesday by the Directorate of the Northern Sea Route of Rosatom, noting that the Platform will be created and implemented by the second quarter of 2025.
As the NSR Directorate noted, the Platform will be designed for up to 1,5 thousand users. The concept provides for the integration of various digital products and databases created to ensure the safety of navigation and traffic control of the fleet in the water area of the Northern Sea Route.
More information

Russian seaports see rise in freight turnover year-on-year.
The cargo turnover of Russian seaports in January-August 2021 increased by 1.6% compared to the same period last year, amounting to 552.75 million tons.
According to Rosmorrechflot, the total volume of dry cargo transshipment jumped by 5.8% to 274.15 million tons. However, total liquid cargo shipments fell by 2.2% compared to 2020, to 278.6 million tons. More information December 10, 2021
Memorandum of Development of cargo transit traffic through the Kaliningrad region was signed.
The Baltic Stevedoring Company (NCSP Group) signed a memorandum of cooperation with United Transport and Logistics Company – Eurasian Rail Alliance” (JSC UTLC ERA), the Kaliningrad Railway and the Kaliningrad Sea Commercial port. This was reported in the press service of NCSP on December 10. More information

Volga Shipping Company in 2021.
In 2021, Volga Shipping Company together with its subsidiary Volgo-Baltic Logistic successfully completed 17 voyages for the transportation of oversize and project cargo.
During the year, dry cargo ships of Volga Shipping Company’s fleet transported project cargo from Europe to the ports based in the Baltic and Caspian Seas, to the ports on the Volga and Kama rivers, from Turkey to the ports of the White Sea. In particular, Volga Shipping completed six shipments from Europe to Azerbaijan and Kazakhstan of equipment intended for the development of the offshore oil and gas fields; three voyages for transportation of cargoes for the petrochemical industry of the Central and Volga federal districts; two voyages with cargo for the construction of an LNG terminal in the Murmansk region.More information

Over a period of 10 months of the 2021 navigation season, dry cargo fleet of Volga Shipping Company carried more than 860,000 tonnes of coal, which exceeds the result of the same period in the previous year by over 60%. More information

In addition, the Volga Shipping Company increased the export of oil products from the Azov ports by almost 80%. More information

2022 has been declared the "Year of Efficiency" at the United Shipbuilding Corporation.
The information was announced by the USC Chief executive officer Аlexei Rakhmanov in his annual address to the directors of the corporation's enterprises on December 9.
According to Аlexei Rakhmanov, the priority tasks of the USC for the coming years include reducing the cost of the life cycle of marine equipment, increasing the competitiveness of products in the international market, forming a scientific and technical reserve for fifth-generation ships and switching to advanced development.
More information 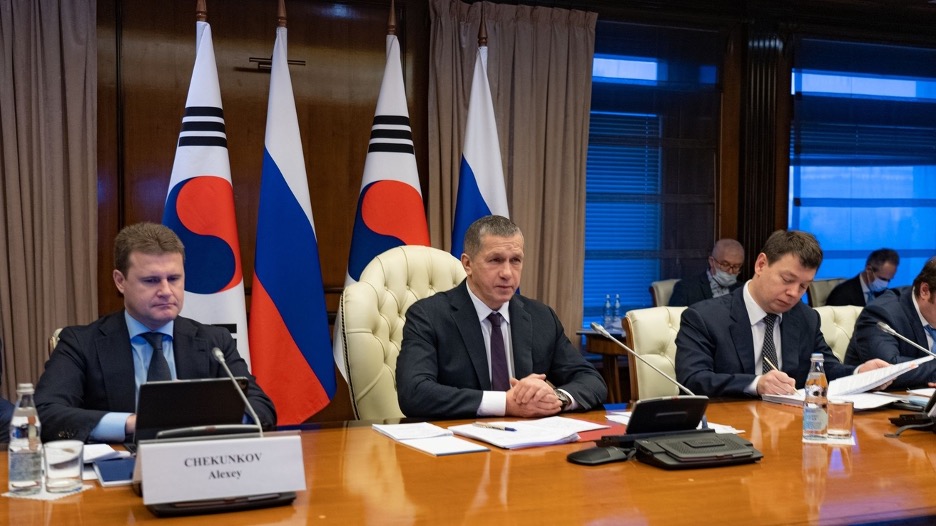 
The Republic of Korea offers Russia to expand cooperation in the field of shipbuilding, infrastructure projects and energy sector.
This was announced by Hong Nam-ki, Deputy Prime Minister and Minister of Economy and Finance of the Republic of Korea during the 19th meeting of the Russian-Korean Joint Commission on Economic, Scientific and Technical Cooperation, held on December 7 via videoconference. More information 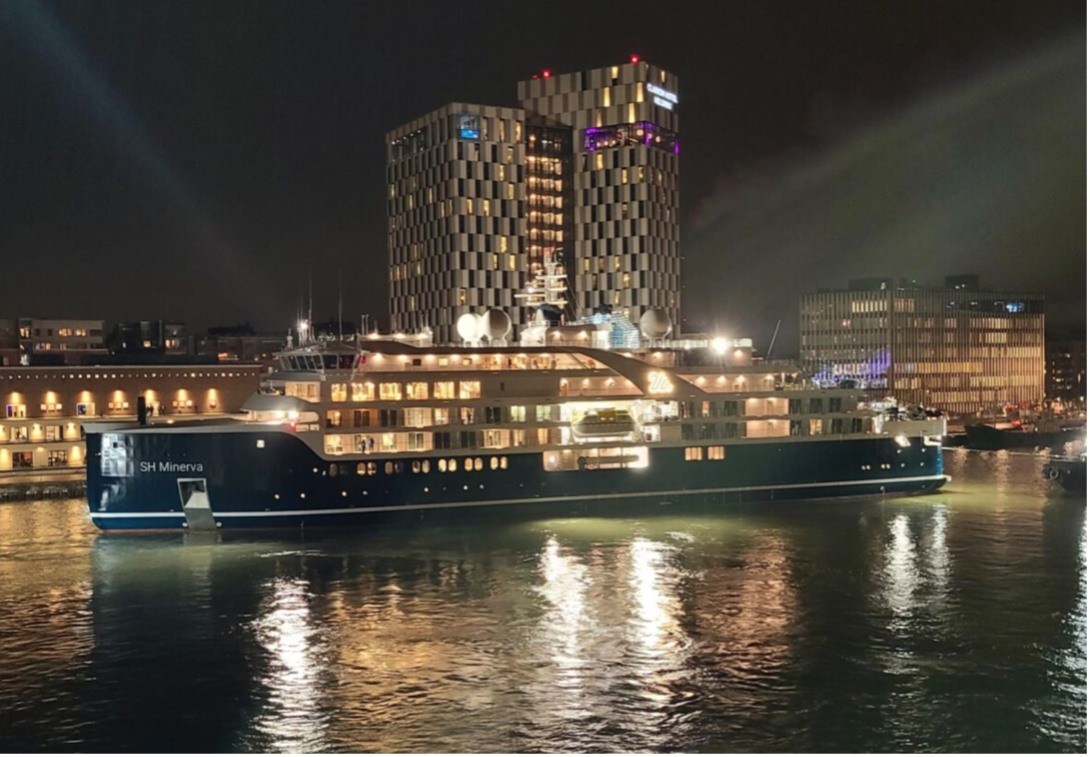 GTLK Europe DAC delivered in leasing the first advanced forwarding vessel of the raised polar class PC-5 SH Minerva of the cruise companies to Swan Hellenic.
Before GTLK Europe DAC involved investment for the sum of 214 million euros at construction two forwarding vessels on shipyard in Helsinki at the Finnish export credit agencies Finnvera.
The SH Minerva belongs to a new generation of polar expedition vessels designed for cruising the world's most difficult regions, and is equipped with a diesel-electric hybrid propulsion system.
More information

PAO NOVATEK (“NOVATEK” and/or the “Company”) and RWE Supply & Trading GmbH (“RWE”) signed a Memorandum of Understanding (“MOU”) to mutually cooperate in the field of LNG supply and decarbonization.
The MOU envisages the supply by NOVATEK to RWE of low-carbon ammonia and hydrogen to be produced at the Company’s planned project Obskiy GCC (Gas Chemical Complex) and delivered to German and European markets.
The Parties also intend to deepen their cooperation in supply of LNG (including carbon-neutral LNG) by NOVATEK to RWE by expansion of existing spot supplies as well as possible long-term supplies of LNG to be produced by the Arctic LNG 2 and other NOVATEK’s projects.
More information